Please click on each individual below to connect via email.

After serving 3 years as Chief Operating and Financial Officer, Angela is proud be to be leading the first all-female executive team in TROIKA Entertainment’s 35-year history. As a veteran of the touring musical theatre industry, her work has taken her all over the world serving as Dance Captain, Stage Manager, Resident Director, Company Manager, General Manager, and Executive Producer. Angela has managed over 60 large scale touring Broadway Musicals, served as Managing Director of Washington D.C.’s historic National Theatre, Vice President of Business Development for NETworks Presentations, and produced tours with such partners as Disney, DreamWorks, and Blue Man Productions.  Her partnerships with The Really Useful Group, Broadway Asia, and Broadway Entertainment Group have allowed her to pursue her passion of sharing American musical theatre with emerging international markets. Angela holds a BFA in Dance from Sam Houston State University and an MBA with an emphasis on Executive Leadership from the University of Maryland. Angela volunteers her time as a board member for Washington DC’s Embassy Series, uniting people through musical diplomacy, and as a member of the Howard County Fine Arts Advisory Council. 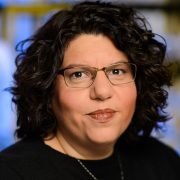 Joins TROIKA Entertainment with 20+ years of experience in almost every aspect of production, theatre operations, human resources, business development, producing and administration. Having joined Blue Man Productions in its infancy, Kori had the opportunity to contribute to the development and expansion of the brand from a small Off-Broadway production to a worldwide theatrical phenomenon. Among other responsibilities, Kori mounted several productions and oversaw operations as SVP Theatrical Productions, including National Tours, World Tours, and multiple long-running shows in the US and abroad.  Simultaneously, Kori was an instrumental player in the organizational growth of the company. She is a certified executive coach, specializing in leading and developing employees while building meaningful relationships with partners on behalf of the company. Kori brings a wealth of Executive Management and Leadership skills to the already thriving TROIKA Entertainment organization. 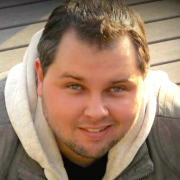 Is in his sixth season with TROIKA Entertainment. Recent tours include The Bodyguard, Escape to Margaritaville and The Color Purple. Previous tours as Associate GM: An American In Paris (1st nat'l), 42nd Street, Annie (US, Jakarta, Singapore), Dancing Pros Live, Bring It On (US, Japan), Ghost (1st nat’l), Mike Tyson: Undisputed Truth, Priscilla Queen of the Desert (1st nat’l), West Side Story, Catch Me If You Can (1st nat’l). Previously, he served as Company/Production Manager for one of Louisiana's largest non-profit arts organizations. Graduate of Loyola University New Orleans with a degree in Theatre Arts and Business Administration. Member ATPAM. 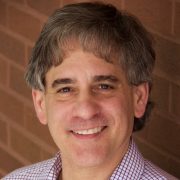 Has experience in venue management as well as in the promoter and presenter realms, having held longtime positions with Washington DC’s Warner Theatre, JAM Theatricals, and The Washington Ballet.  He served as Director of Operations for an international tour of the museum blockbuster Bodies...The Exhibition, as well as General Manager for its DC area installation.  Barrett’s expertise is in ticketing which began with Ticketmaster-New England and continues to the present with consultancies and onsite concert festival support.   As a two-decade+ active member of the International Ticketing Association, he has served on conference committees and as a mentor, speaker, and moderator for various seminars.   He is coordinator/moderator for the local DC area ticketing professionals group and is currently a Trustee of the Pension & Welfare Funds Board for I.A.T.S.E. Local 22/772.  Barrett lives in Washington, DC. 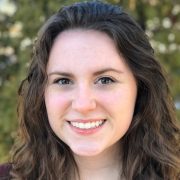 Originally from Cleveland, Ohio, Madeline is excited to be a part of the TROIKA team. She is a proud graduate of The Theatre School at DePaul University with a B.F.A. in Theatre Management. Having started out as the Company Management Production Assistant with On Your Feet!, Madeline comes to TROIKA after some exciting positions with different arts organizations including Broadway In Chicago, Blue Man Group, and Walt Disney World. 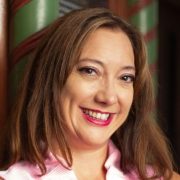 Steps into the role of Associate General Manager at TROIKA Entertainment with over 15 years of experience working on Broadway and on Tour. As Company Manager she toured with Elf, We Will Rock You and the First National Tour of Memphis. On Broadway, she was the Associate Company Manager for Bright Star and the 2010 Tony Award-winning production of Memphis. Off-Broadway, her credits include What’s That Smell, Jackie Mason: The Ultimate Jew and Slut. As AGM she worked on Broadway and Off-Broadway on shows such as Guys & Dolls, The Pirate Queen and the Immigrant. 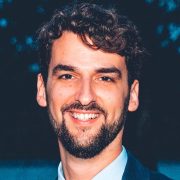 Began his career as a scenic fabricator before transitioning to touring Broadway theatre, where he has worked for the past 10 years. His favorite touring credits include: School of Rock (1st Nat.), Finding Neverland (1st Nat.), and Mamma Mia (where he met his wife during a scene change). Internationally: Beauty and the Beast, Avenue Q and American Idiot. He is originally from Savannah GA, has traveled to 23 countries and lives in Astoria with his wife and their cat. 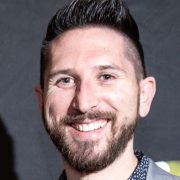 Was previously Director of Production for the Virginia Arts Festival for 6.5 years, overseeing 100+ different productions, concerts, and events annually.  Gregg is experienced in managing festival and theme park events and has coordinated specialized, seasonal immersive show product both in and out of traditional venue spaces.  He has managed a variety of partners, vendors and companies, including food truck villages, shopping areas, generators, trash removal, operational and production staff and has coordinated city permitting with buildings, fire, police and health inspection departments.  Through his work in theme parks, he has experience with authentic theming and replicating that time and again. 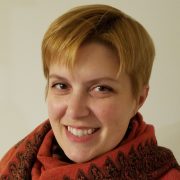 Joined the Troika team after having been on the road for 15 years. She toured extensively, both nationally and internationally, as a props person or as a production stage manager, with such selected works as The Sound of Music, CATS, Sweet Charity, The King and I, Fiddler on the Roof, Les Misérables, and for 5 years, The Phantom of the Opera. After that lifetime on the road she finds she likes not living out of a suitcase all year long. As a proud union member of both AEA and IATSE, she enjoys being on the other side of the phone when the road folks call. She is a graduate of The University of Michigan and her formative years in the business were spent at the incomparable Goodspeed Opera House in CT. She lives in the DC metro area with her husband and an ever growing plant collection. 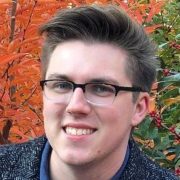 A native from Bowie, MD, Drew is excited to be join the TROIKA team. He comes to TROIKA following a freelance stage management and production management career where he worked with companies such as the Kennedy Center, Arena Stage, the Goodman Theatre, and the Glimmerglass Festival. He has previously assisted the production management teams at Aurora Productions on the world premiere productions of Mean Girls and Beetlejuice in their Washington D.C. engagements. Drew is a a proud graduate of Stetson University with a B.A. in Theatre Arts and Communication and Media Studies. 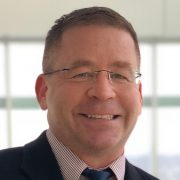 Has spent most of his career in Media and Entertainment where he worked in Production Management before becoming Finance Director of the TLC Network.  In his most recent role before joining TROIKA, he served as VP of Finance and Operations overseeing content acquisition and creation.  Brian is a native of Maryland and graduated Summa Cum Laude with a Finance degree from Frostburg State University and received his MBA from the University of Maryland.  He is a veteran who served eight years in the Marine Corps.  Brian volunteers his time with Juvenile Diabetes Research Foundation (JDRF) supporting their mission to find a cure for Type One Diabetes. 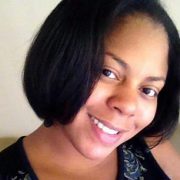 Was born and raised in Montgomery County, MD. Throughout her scholastic career she exceled in school which resulted in graduating from James Hubert Blake High School with a certificate of merit. Following high school, Electra attended Morgan State University in which she received her Bachelor's degree and University of Phoenix where she received her Master's degree, both in Psychology. Her exceptional verbal and interpersonal skills landed her roles in customer service, executive administrative positions, and management in accounting. Currently she is continuing her studies in accounting as her experience grows at TROIKA with the hopes of receiving her BA in accounting soon.